Just like women have mood swings, the same holds for men too. At times, even they get irritable and moody and this can affect the mental and physical state of a person. This can be referred to as an irritable male syndrome.

The problem is that irritability can make the atmosphere heavy and there would be more negativity and stress around. Whether at the office or at home, when men get irritable, they tend to make things harder for themselves and also for people around them.

Table of Content hide
1 What does it mean by irritable male syndrome?
2 There are a few things that can be done to fight off irritability
2.1 Figure out the real source of stress
2.2 Avoid too much of caffeine
2.3 Do not be too competitive by nature
2.4 Try to enhance the feelings of empathy and compassion
2.5 Find time for yourself

What does it mean by irritable male syndrome?

Irritable male syndrome can be a temporary phase in men. If these things happen now and then in a man then it needs medical attention too. The other terms of being irritable would be getting cranky and grumpy. 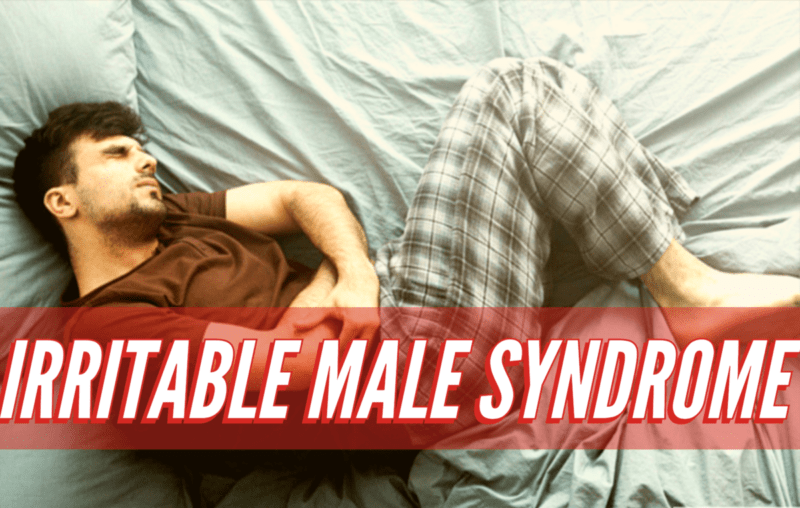 If there is such an attitude in the home then there will be stress and tension at home. If such things happen in the office then there will be a problem in work productivity. In one way you can say that carbon monoxide is the pollutant for the mind and that would create vibes within you and stress around.

This can also harm the people around them. Hence you can say that irritability is contagious. But it needs to be fought off.

There is no such effective treatment for irritability. All you need to do is do a few things to boost the morale up. In the times when irritability has become a common symptom or outcome of stress, a few things can really help. 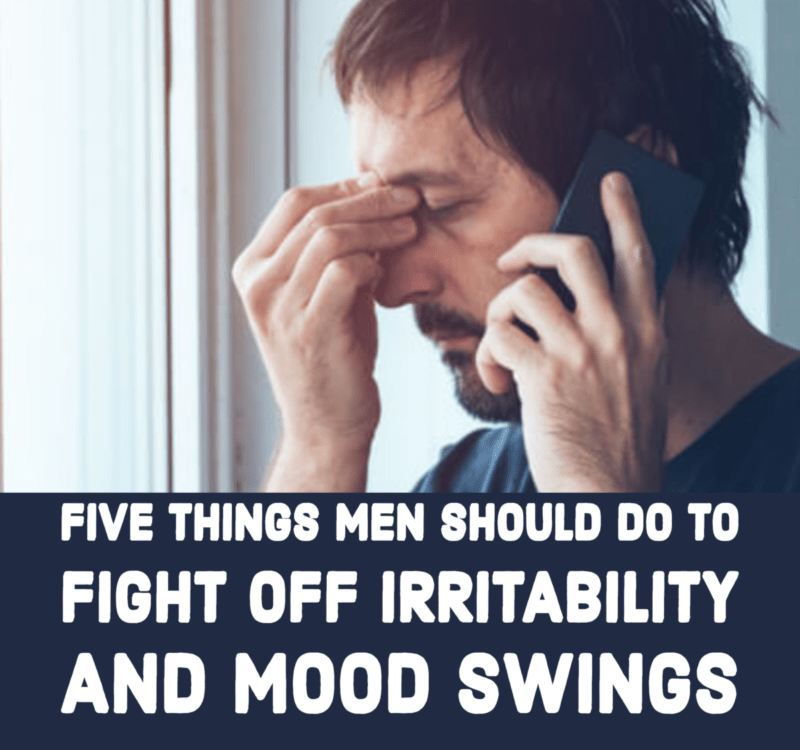 If you wish to get rid of irritability and stress then find out what could have caused the same. If you can identify the source then just think how to address the same. You can also think over the past in which you might have solved the symptoms of irritability. So, think of that and solve the problem this time as well.

If you have the habit to have coffee breaks in between your work schedule then you may end up getting irritable at times. So, make sure that you reduce the caffeine intake and keep yourself charged and motivated with your own spirit.

Like you can go for a stroll, workout a bit and so such things that would help you to produce happy hormones within the body! Similarly, if you rely a lot on alcohol as well then that habit should also be kicked off.

If you are too competitive by your nature then you will feel irritable at even the smallest of things. Like, if you were in a debate with your friends and if your friends win over the same, then chances are that because if your irritability you will be getting stressed out or angry. So, try to ignore and think of these things as silly things.

Often when we get into the self-pity mode, we would get into irritability. In fact, men are too much into how they lost a project and how they couldn’t win over a debate and so on. So, when your head starts feeling irritable, all you must do is get back into the soothing emotions.

Empathy and compassion are the feelings that you need to get in touch with to calm yourself down. You must think about how there are issues in the lives of other people and how you are the lucky one. If at all you have the means or resources then you can help them. These kinds of feelings will give you a better feel. Of course, gratitude will give you an even better approach towards things.

If you can find some lonesome time for yourself then you will be able to analyze things well. Often, when we are not much in sync with ourselves, we tend to get irritable. So, all you must do is get some time off to communicate with self and this will sort out the inner tissues of the mind.

Apart from the above, if you take up some physical exercises and also some workout sessions then that can give you a better effect in your mind. So, these are some of the ideas that you can work on to fight off irritability then.

Men have a lot of stress in life. But what matters the most is how to develop stress-fighting ability. This can help in sorting irritability and some such negative emotions.